The Ford Bronco is No Substitute for a Jeep, The True Off-Road Vehicle

We’re going to make a bold statement here, but it’s one that we confidently stand behind: the Jeep Wrangler is, and always will be, the uncontested off-road king. News of the return of the Ford Bronco for 2021 was certainly exciting for some, but did it have us questioning our loyalty to the most dependably rugged SUV of all time? Not a chance.

Jeep has a reputation behind it that truly can’t be beaten. Whether it's outrunning a T-Rex on the big screen or boasting a cheeky “It’s A Jeep Thing” bumper sticker, the Wrangler is a particularly iconic SUV. It’s one of the few vehicles on the road that includes an unspoken membership into the “Jeep owner's club” once you buy one, and there are endless Jeep community groups across the internet where enthusiasts swap adventure stories and photos of their custom upgrades.

Besides the legendary status of the Jeep brand, it also firmly holds its ground as the true off-road king when pitted against the new Bronco. The Scott Campbell Dodge team sat down for a spec-for-spec analysis of the two SUVs to prove once and for all that the Wrangler still reigns supreme. Let’s take a look at a few reasons why we’re saying ‘no no’ to Bronco, and ‘beep beep’ to Jeep!

Ford did its diligence when designing the Bronco’s available engines, which are more than adequate for a gutsy SUV, but you can’t argue with the raw power and best-in-class torque that Wrangler’s 3.0L V6 turbo-diesel engine supplies. With 260 horsepower and 442 lb-ft of torque, a Jeep Wrangler equipped with the diesel engine gives some midsize pickup trucks a run for their money. 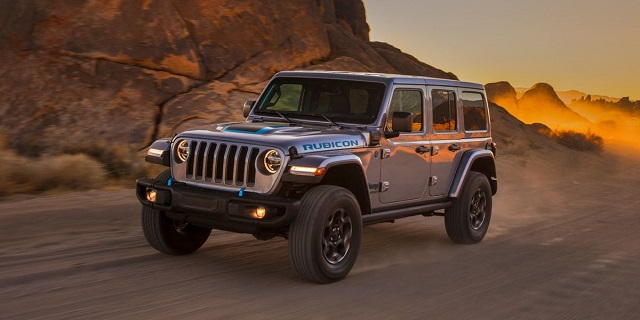 Both the Bronco and Wrangler demand attention with their military-era styling, oversized all-terrain tires, and roll bars galore. But our team agrees that Jeep does a better job of maintaining aerodynamics, vital sight lines, and a sleeker overall appearance thanks to important details in the body design. The side windows are significantly larger in the Wrangler, and the signature tapered hood allows you to more easily spot obstacles in your path.

Another key difference is that Wrangler is designed with side mirrors on the doors, giving it a major agility advantage when you take the doors off. Even with the doors removed, Bronco’s bulky side mirrors stay attached to the frame, adding several extra inches to either side of your SUV.

A unique fold-down windshield is one of Wrangler’s highlight features and one that virtually all Jeep drivers have tested out at least once. It truly adds to the sense of being “one with nature,” and TBH it just looks pretty darn cool. The Bronco is missing this feature entirely, which really sets Jeep apart for our team. 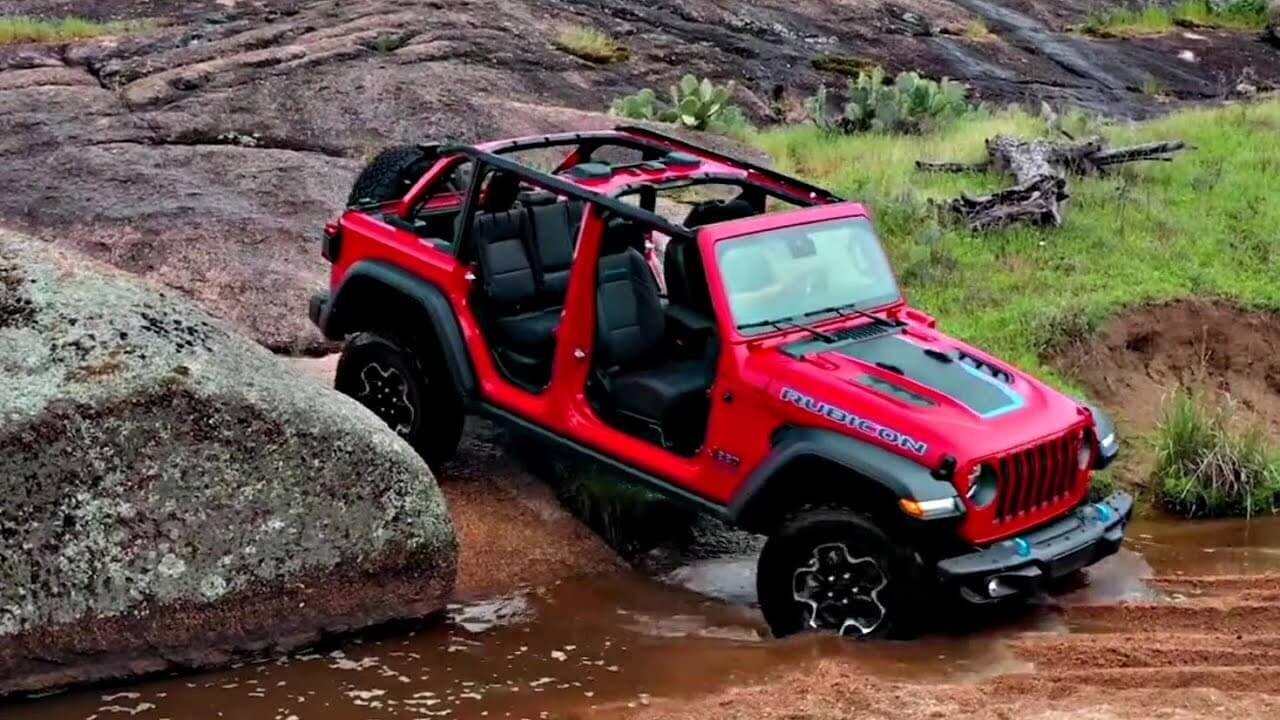 The Secret is Out: 2022 Wrangler Will be Available with a NEW V8 HEMI Engine

If you follow Scott Campbell Dodge on social media, you know how much we appreciate the rawwww power of a HEMI engine. Although it’s still a bit hush-hush, Jeep has confirmed that a factory V8 HEMI engine is expected to be made available in select 2022 Wrangler models. With a projected output of 450-hp and 450 lb-ft of torque, Wrangler will be the most powerful SUV in its class. You can learn more about the history of the HEMI in our previous blog and video series featuring our GM, Trent, and the mighty RAM truck.

Sure, the Bronco has its share of history and impressive engineering behind it, but when you think of the ultimate off-road vehicle, there’s just nothing that can stand up to an iconic Jeep. Care to take one for a test drive to experience this adventurous SUV for yourself? Check out our current Jeep inventory, and give us a call here at Scott Campbell Dodge to book your test drive today!

Leave us a voicemail

or send us a message